Statement on the ongoing detention of opposition leaders in Nicaragua

Leading MEPs condemn the latest escalation in the repression of the opposition in Nicaragua and call for the immediate release of all detained opposition leaders.

Chairs of the Committee on Foreign Affairs David McAllister (EPP, DE) and the Delegation for Relations with the countries of Central America, Tilly Metz (Greens/EFA, LU), state:

„The European Parliament has maintained good contact with many of the detained leaders, and we express our unreserved solidarity with them. The Delegation for Central America had the honour of hosting Dora Maria Tellez and Felix Maradiaga during a hearing on 15 March 2021.”

„The unconstitutional ‘Law for Regulation of Foreign Agents’, on which much of the accusations are founded, should be repealed immediately, as should the ‘Special Law of Cyber Crime’ and the ‘Law against Hate Crimes’. These laws provide Daniel Ortega’s government with a repressive tool to silence its critics, steadily increasing the number of victims of such repression and further aggravating the broader climate of intimidation and threat, leading to unacceptable human rights breaches in Nicaragua. The European Parliament warned against the adoption of these laws in its resolution of 8 October 2020.”

“Furthermore, the criminalisation and judicial persecution of human rights defenders, civil society, independent media and journalists by the Nicaraguan authorities are unacceptable and must stop.“

“These latest events are yet another step away from achieving a peaceful and democratic solution to the political crisis in Nicaragua. They undermine the credibility of the electoral process, already hampered by an electoral reform that fell short of the recommendations of the Organization of American States (OAS) and EU Electoral Observation Missions. We call upon the Nicaraguan government to guarantee transparent, free and fair elections in accordance with international standards.”

Original publication of the press release: 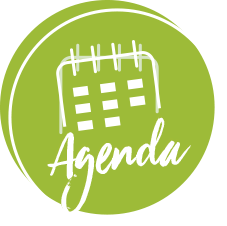